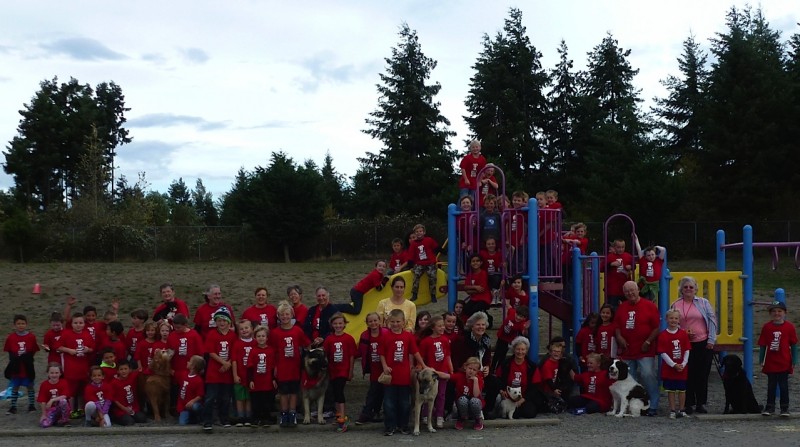 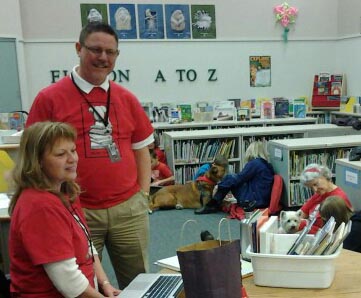 Kim Pratt, who serves as our READ to ROVER coordinator and advocate within the Chimacum School District, had a great idea for a way to build a community of proud and enthusiastic readers at Chimacum Creek Primary School. She created the t-shirt project to provide each 2nd grader who reads with our dogs with a READ to ROVER t-shirt and she has worked hard to find funding for it.

Two years ago, with the help of Elma Berry and Ginny Albrecht (volunteers extraordinaire),
solicitations for the project were made to various organizations in the Chimacum, Hadlock and Port Townsend areas. The response was truly amazing. Donations came in from all over! Their wonderful supporters included: Port Hadlock Medical Clinic, Lisa’s Jewelry, Dr. Shores, Don’s Pharmacy, Gooding,O’hara and Mackey, CPA’s, First Federal Savings and Loan and Olympic Mountain Pet Pals. In addition, private donations were graciously received from incredible citizens such as Noreen McCarron, Peg Carlson, Pat Swain, Carla Ellis, Elizabeth Berman, Phyllis Taylor, Mary Jane and Amberson McCulloch, Peg Furey, Helen Williams, Shirley Williams, Laura Tucker, as well as Vicki and Gene Cox. These businesses and individuals were ALL behind the great success of CCP’s first year’s “T-Shirt Project”. THEY made it a possibility! 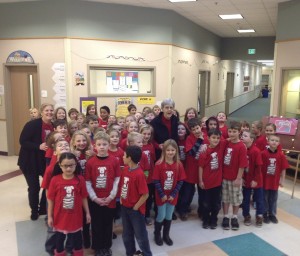 It only took one Friday’s Read to Rover experience for Karen Newman to become a fan as well as the sponsor for CCP’s second year’s project. Karen, President of the Friends of Chimacum Schools organization generously donated the funds which were then obtained through a grant submitted to FOCS. Karen’s support has been monumental in the continuance of this terrific project and program at CCP. Her love and compassion for children is forever present in our Chimacum School

Last spring, Kim organized a presentation about the READ to ROVER program to the Jefferson County Association of Realtors. Several of our therapy dog teams went along to show how well they behave (aside from some drool since it was a lunchtime event). The Realtors held a cake auction that raised enough money for all the kids to get their shirts at the beginning of this school year. As you can see in the photo at the top of this post, the 2014-15 READers were very excited to wear their bright red shirts!

So if you see some kids around town wearing red shirts with the READ to ROVER logo, ask them how much they like reading with dogs at school. And, if you know a local realtor, frequent a supportive local business, or just so happen to touch base with a “friend of the Rovers”, thank them for their support of young READers.

Our programs are supported
by donations and fundraising
events. Approximately 85% of
our funds go directly toward
helping animals. Use the button below to donate through PayPal.

There are regularly scheduled clinics at Center Valley Animal Rescue and at the Humane Society of Jefferson County.  Call 360-765-0598 to schedule an appointment at CVAR or for more information. Call 360-385-3292 for the schedule of upcoming spay/neuter clinics at the HSJC. 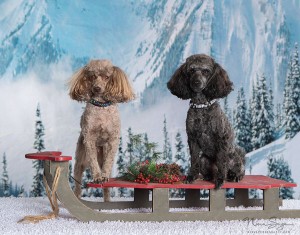