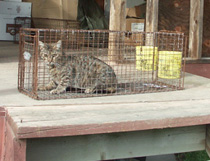 This tabby female was one of 7 cats trapped at an abandoned house in Irondale. She was spayed and rehomed.

The Community Cat Program is an all-volunteer effort to humanely control wild or feral cat populations throughout Jefferson County, WA by trapping, neutering, and returning (TNR) cats to their capture site. Feral cats are often the result of domestic cats having been lost or abandoned and their offspring being born wild, without any human contact. Feral adults usually can not be tamed and, thus, can not live indoors as pets, but they are content to live outside with food, water, and shelter provided. There are an estimated 60 million feral cats in the United States.

The Best Option for Community Cats

TNR (trapping, neutering, and returning) stops the uncontrolled growth of feral cat colonies and has been shown to be more effective than simply removing the feral cats. It is endorsed by veterinary groups and is practiced throughout the world. TNR involves the humane trapping of feral cats so that they can be spayed or neutered and then returned to their place of capture where a caretaker makes sure they have a daily supply of food and water. Cats are spayed and neutered by local veterinarians and, while under anesthesia, they are “ear tipped” which involves the painless removal of the very tip of their left ear. This identifies cats as already being spay/neutered, so they are not trapped again.

How to Get Help with a Feral or Stray Cat

Our programs are supported
by donations and fundraising
events. Approximately 85% of
our funds go directly toward
helping animals. Olympic Mountain Pet Pals is a 501(c)(3)
(non-profit) organization. Use the button below to donate through PayPal.

There are regularly scheduled clinics at Center Valley Animal Rescue and at the Humane Society of Jefferson County.  Call 360-765-0598 to schedule an appointment at CVAR or for more information. Call 360-385-3292 for the schedule of upcoming spay/neuter clinics at the HSJC. 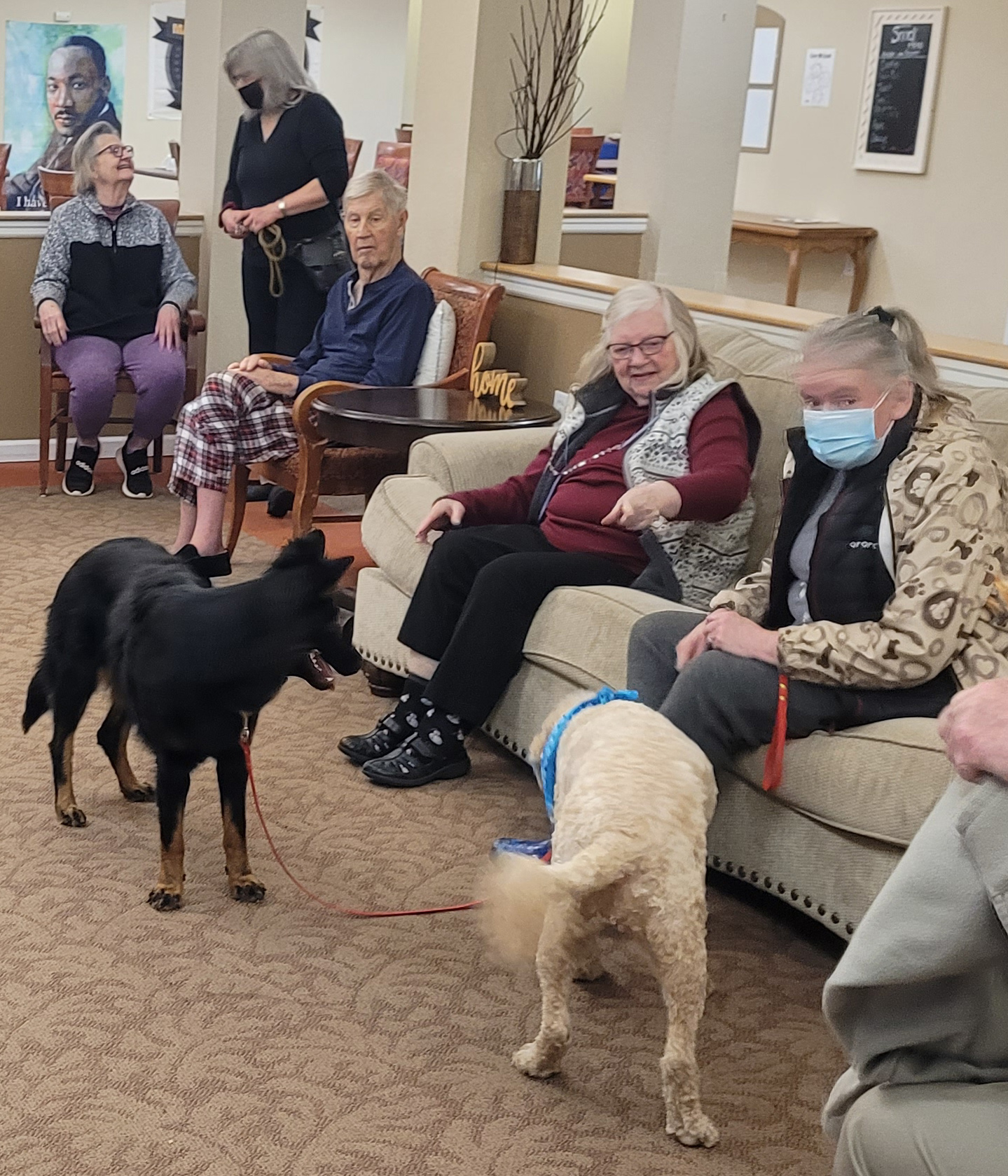 Pets to People brings a dog party to Victoria Place

For info on how to trap a feral cat, or taming feral kittens: www.alleycat.org
↑